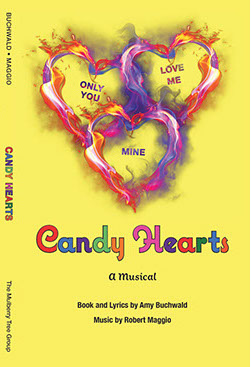 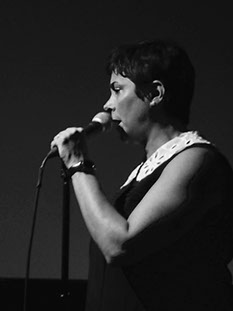 Amy began her life on stage by training at the nationally renowned Minneapolis Children’s Theater Company, where she appeared in main stage productions and touring company.

By age sixteen she was a professional, equity member, and resident ingénue at The Cricket and Guthrie II theaters, receiving critical acclaim in a variety of professional productions.

Amy received her BA at Sarah Lawrence College.  She attended training programs at The Royal Academy of Dramatic Arts, Circle In The Square, Juilliard and Shakespeare LA, and Second City.

Back in Minneapolis, Amy wrote, developed, produced and starred in the local TV series Loons, for the Minneapolis CBS affiliate; was a contributing member of The Playwright’s Center and The Women’s Theater Project; wrote, produced starred in the one-woman, critically acclaimed, Glenda, from the Heart, featured on PBS.  Additionally, QVC's "Over Night" show centered around the “Glenda” characters.

These characters led to her unique persona on stage.  Appearances include: Upfront Citizens Brigade, The Improv, Punchline, Laff Stop, Igby's, NY Comedy Club, Under St. Marks, The Living Room, The PIT, Knitting Factory, The Ice House and the Comedy Store.

Amy is the president of the performing arts nonprofit, The Mulberry Tree Group.  As part of Mulberry's project line-up she developed the Awakenings Through Poetry Project for patients suffering from Alzheimer's disease.  She received Volunteer of the Year Award from the Home Hospice Network, who utilized these works.  Additionally, Maria Shriver sent her a letter of commendation for her recognition of the possibilities it offered patients and hospice care workers.

Other projects in development:  Utsubyo, a multi-media theater project for exploring and understanding the realms of depression.

Girl Aloud!   is an interview format, documentary style, on-line segment series that focuses on women in the media, behind the scenes.

She is the published author and lyricist of the musical, Candy Hearts, which is the first to objectively address the progression of relationships into the realm of domestic violence,  which premiered Off-Broadway at St. Luke's Theater  in 2013

Currently, she is compiling a task force with governmental leaders, military veterans and congressman to allow people with disability to serve in the armed forces.